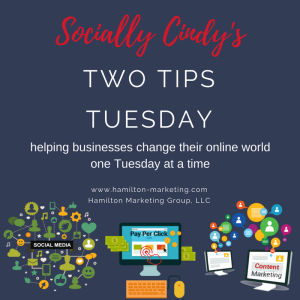 While most business owners have forged their way (some more willingly than others) onto Facebook and Istagram, creating an effective advertising campaign can be a little tricky! Here are two of the most common mistakes I see business’s making when it comes to Facebook advertising:

I’ve seen this time and time again when it comes to Facebook Advertisig. A business is running two or more ad sets simultaneously to the SAME TARGET AUDIENCE. e.g. You are running 2 ad sets at the same time to people who LIKE your page or to the same custom audience.

Or you are running separate ad sets to separate audiences, but those audiences have more than a 30% overlap. (Meaning Audience A and Audience B share more than 30% of the same people.)

Side note: How do you find out this information? By using the FACEBOOK AUDIENCE OVERLAP tool available in Ads Manager. While only Custom Audiences, Lookalike Audiences, and Saved Audiences with at least 1000 people are eligible for comparison, this tool can prove to be invaluable when creating ads. (Yes, there ARE times when overlap can be a VERY useful tool, but we will discuss that more in depth in the coming weeks.)

Your business may have lots of different products, events and services to offer a customer, but running multiple ad sets to the same audience at the same time can impact delivery and drive up the cost of your campaigns. You are essentially competing with yourself for ad space. And Facebook is only going to show the best performing one.

According to Facebook, “Having overlapping audiences is not necessarily a bad thing, but it can lead to poor delivery of your ad sets. This is because when ad sets from the same advertiser are going to end up in the same auction (meaning they’re targeting similar audiences), we enter the one with the best performance history and prevent the others from competing to get shown. We do this so your ads are not competing against each other, which can drive up costs and lead to inefficient uses of your budget.”

Creating an advertising calendar and rotate your ad sets throughout the month. (It’s nice to keep fresh ad content coming anyway. More on that in the coming weeks too.)

EXAMPLE: You want to share an event with your Facebook Fans or Instagram Followers, BUT you also want to share your latest blog post and that big sale at the end of the month too. Instead of running all of these ad sets at the same time to the same audience, take the time to create a calendar and run each ad for a preset number of days/weeks. These ad sets can all be created at once inside of Ads Manager or Power Editor, so you won’t have to try and remember when you need to stop and start each one. This takes some time and organization on the front end, but will be worth your effort in the end.

Narrow your audience and run ad sets that are targeted to those smaller groups. For example, target people who have visited your website, specific gender/age group, location or people on your email list. You can even target people who have recently interacted on your Facebook page, messaged your page, engaged with one of your posts or ads or watched one of your videos. Just be sure these audiences don’t overlap more than 20% to 30% if you plan to run ad sets to more than one of these smaller audiences.

2. NOT SPLIT TESTING YOUR ADS.

Here’s another one I see often. Not taking the time to A/B test an ad. Not familiar with A/B testing? A/B testing lets you compare different versions of your ad at the same time and see which ad is meeting your goals.

You can do this by picking a target market, split it and then run two or more different versions of your ad to each segment. This can give you vital information on what attracts your target market.

Facebook makes this easy when creating ads within an ad set. Simply create two or more versions of your ad inside of your ad set and Facebook will automatically determine which ads are performing best and then automatically optimizes them. Consider changing the image, ad title, CTA, or copy. Facebook has made creating multiple ads simple by prompting you to create additional ads inside an ad set once you hit PLACE ORDER on an ad.

Have more questions or need additional help with your Facebook Advertising? We would love to chat!